Watches shielded by the waves and electromagnetic fields of the battery and with “COPPER” BRACELET The first and only watch in the world with PURE COPPER bracelet !!! against rheumatism, arthrosis, stress, electromagnetic pollution, insomnia, etc. DISCHARGE NEGATIVE CHARGES! ANALLERGIC because it is free of NICKEL and CHROME! 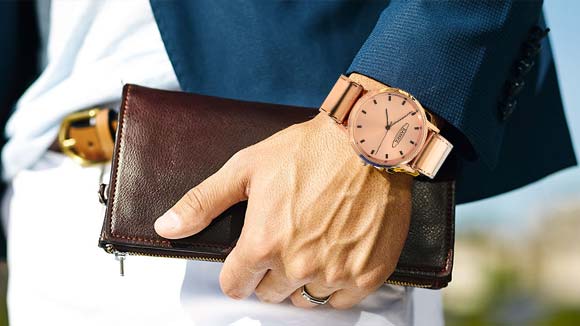 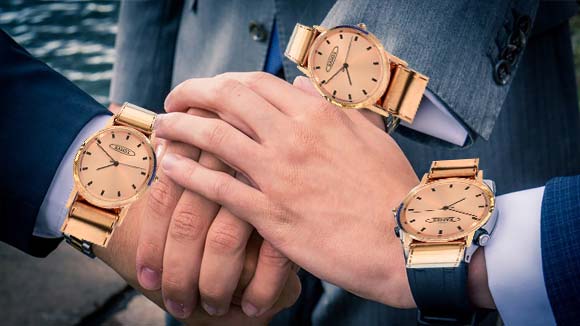 Watches with internationally patented protection. The “RAMEX” watches combine the precision of the quartz movement with the protection by  waves and electromagnetic fields of the internal battery. The copper strap open on both sides allows the discharge of all negative waves absorbed by the person as well as being curative for rheumatic arthritis pains. All watches are waterproof. PREVENTING IS THE BEST SOLUTION!

The COPPER bracelets against rheumatic pains and prevent infectious processes were used even 6,000 years ago by the Chaldeans and Egyptians. RAMEX watches are  NICKEL FREE  and CHROME FREE. In contact with the skin, copper has anti-inflammatory and antioxidant properties. In fact, bracelets made of this material, together with magnetic bracelets, are traditionally used to combat headaches and counteract rheumatic disorders.

Ramex watches: why use them ?

Copper wristwatch with copper bracelet ,shielded by the electromagnetic fields and waves thrown out by all the batteries inside like the mobilephones that have not yet recognized harmless by the scientists. Myota/Citizen Movement.  Recently some worries rose by men of science (mainly of World Health Organisation and AIRC, Italian Association for Cancer Research) and people, regarding electrosmog and electromagnetic waves and fields body absorption.In fact electrical household appliances, working by electric current or by battery, emit electromagnetic waves and fields, in particular televisors ,phones,as also electric low and high voltage lines, radio and television antennas, mobile phones antennas and mainly mobile phones itselves and watches continuosly in contact of our body so that they may affect metabolism and body functions, whose cells include electrons as electric charges(headache, insomnia, stress, leaving eventual more serious sickness out of consideration).

We must consider that mechanism of watch, emits electromagnetic waves and fields for a longer time in comparison with mobile phones, even if with less energy, because mobile phone is used for few minutes in a day, instead watch remains in contact of wrist, skin and below internal veins for the whole day and often also for the whole night. Some national laws were issued as prevention, that impose electrosmog limits where people live or work(max:0,2 microtesla).
cleverest consumer likes better to save his health, by preventing eventual risks not yet defined(as amianthus).
So it is cleverest avoiding when possible, as in this case, these electromagnetic waves and fields of watch battery !!!